Looking for interesting facts about Scotland? You have come to the right place. Regular readers know my love for facts and trivia. I bring to you some fun Scotland facts about culture, language, people, history, and food in this post. We all associate Scotland with spectacular highlands, cliffs, abundant wildlife, Whisky, sheep, and much more. But what about those fun things about Scotland that will blow your mind?

Join me in finding out some interesting things about this beautiful country.

Scotland is the country of castles

Did You Say Golf?

Scotland is where the game of golf originated during the 15th century, where a game was played using sticks and pebbles. It is also where the oldest golf championship was first played in 1860 at Prestwick Golf Club in Ayrshire.

The event was a massive success, resulting in the birth of the British Open Championship, now one of the world’s most famous golfing competitions.

The Birthplace of Sherlock Holmes Author

The Land of Loch Ness Monster

One of the earliest known sightings recorded was in 565 AD. Because there are approximately 263 billion cubic feet of water in Loch Ness, which is more fresh water than all the lakes of England and Wales combined, who knows, there might as well be a monster!

FACTS ABOUT SCOTLAND FOOD AND DRINKS

You will love your Scotland trip if you are a foodie at heart. The sumptuous breakfast, the wide range of alcohol, the many mouth-watering traditional Scottish desserts are all going to add something for your holiday weight for sure. Here are some interesting facts about Scotland food you will love.

Haggis is the favourite here

If you are a hardcore meat-eater, you will know about Haggis, a Scottish delicacy prepared from Scottish Sheep.

The Scottish Love Their Breakfast

Scotland is prominent in the exports of fish too

Scottish and their love for Kilts

William Wallace is regarded as the hero of Scotland.

The revolt of the Scottish against the English goes way back, and the past is filled with blood, tears, wars, and agony, something which the Scottish regard with pride even to this day. One of the interesting facts about Scotland that need to be mentioned is about William Wallace.

You will often hear his name among the many brave Scottish souls because he is considered Scotland’s most influential historical hero. He was a Scottish knight who became one of the foremost leaders during the First War of Scottish Independence.

An extended period of intense combat between Scotland and England ended in the invasion of Scotland by the English King Edward I. William Wallace at this time, raised a Scottish army, defeating an English army at the Battle of Stirling Bridge.

He was sentenced to hanging for treason against English, soon after which he attained iconic status. The movie Braveheart depicts the tale, but another interesting fact is that the person whose nickname was Braveheart was not Wallace, instead of Robert the Bruce, was one of the most famous warriors of his generation and eventually led Scotland during the First War of Scottish Independence against England.

Recommended For You – 15 Prettiest Christmas Markets in the UK

Bagpipes are not initially from Scotland

While listing the interesting Scotland facts, you cannot miss knowing about its capital Edinburgh.

The Unicorn is the official animal of Scotland

Free water for everyone

Scotland is home to many people with Ginger Hair

A country with three official languages

Scotland is full of Lochs

But the deepest loch in Scotland is not Loch Ness.

The Land of Rich Smugglers

The USA has many Scottish people

Scotland has the tallest rotating structure in the world

Highland Games is Worth Attending

Not many know that the Scotland we know today has had undergone many transformations and bears a long line of history, like its many counterparts. This section, bringing you some exciting Scotland facts about ancient history.

Scotland and the Clan System Go Long Back

Here are some fun Scotland facts about its geography that you will love.

You can witness the spectacle of the Northern Lights

Recommended read: Interesting Facts About Rome You Should Check Out

Below are some exciting things to know about Scotland’s stunning natural beauty and its rich wildlife.

Glasgow is a green city

That’s about the interesting facts about Scotland. Hope you enjoyed getting to know various fun Scotland facts about science, culture, history, and more. If you have any more to add, do share in the comments below. Also, if I have got any facts incorrect, do let me know that too.

Subscribe to my emails for the latest travel guides and itineraries straight to your inbox. No Spam. Once a month only! Opt-out anytime.

Below is the list of the travel resources you can use to organize your travel – from flights to insurance and everything. These are the resources I use myself, which is why I recommend you for a hassle-free travel planning experience and fantastic trips.

Booking Flights: To score flight deals, search on Jet Radar, Kiwi, or 12go.Asia (for Asia planning). Book and fly mid-week, taking red-eyes flights or those in the early mornings for better deals and lower prices. Avoid check-in bags on a budget airline.

Booking Trains: The best websites for booking trains anywhere in Europe are Rail Europe and TrainLine. Both are easy to manage online and track your journeys.

Booking Cars: For the best prices and easy handling of renting a car for road trips and day trips, I’d recommend Discover Cars or Rental Cars, available throughout the world.

Accommodations: I typically use HotelsCombined or Booking.com to book hotels. There are special getaway deals with amazing discounts(over 50%!) for this year on Booking.com, and you can find them here.

I use Hostelworld and Agoda to book hostels as the deposit is low, easy change/cancellation is available and reviews are excellent on both. Depending on the destination, I love staying in VRBOs/homestays.

Tours: Being a solo traveler, one of the best ways to optimize my time, budget, and super importantly, meet amazing people from all over the world is by joining tours, especially food tours, walking tours, day trips, culture, and history tours.
You will get a local’s perspective, the best opportunities to experience places and people closely. I book using GetYourGuide, Klook, Viator, and Voyagin. 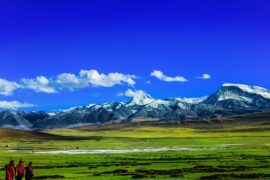 60 Interesting Facts About Arunachal Pradesh You Should Check Out 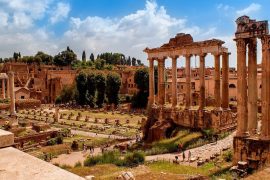 75 Facts About Rome That Will Completely Surprise You 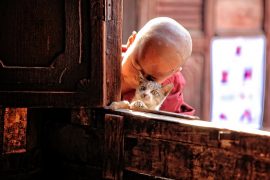 35 Fantastic Facts About Myanmar That Will Blow Your Mind!