“He is called as the talking Buddha, and this is his temple” pointed out the guide indicating to the temple of Guru Rinpoche at the corner, at Tiger’s Nest.

Still recuperating from a steep climb to reach the Tiger’s Nest at an altitude of 3100 m, I’d bumped into this English speaking local guide, who’s accompanied an old English man. He’d volunteered to guide me around the temple.

He went on – “Guru Rinpoche is considered to be one of our most revered incarnation of Lord Buddha himself. Tiger’s Nest is the sacred place of pilgrimage for the Buddhists around the world. There are many legendary stories related to this location.

Ma’am, as you can see, in those days about hundreds of years ago, there weren’t any steps or a reliable way to reach the top of the cliff until here. And the people had decided to install the idol of Guru Rinpoche on the top. But they stood lost after reaching the foot of the hill, realizing the difficulty, as it was impossible to carry the huge idol.

So, people decided to cut the idol into three equal pieces and planned to join them after reaching the top. It is when the miracle happened. The statue of Guru Rinpoche spoke to them, convincing them to leave the idol behind and assured them that it would be at the top by next morning. People were stunned when they found the idol, resting on the top of the cliff the next day. It is believed that the local deity brought the idol to the top”.

“Also, the other time when the idol spoke was to indicate the people of his reincarnation in our present world. He foretold that a boy born in the town of Paro would be his reincarnation and that he needs to be worshiped”. Pointing to a photograph of a young boy seated on the throne, he told that the boy was the incarnation of Guru Rinpoche, now about 26-year-old and that he lives in Thimphu presently.

“Also, the face of the guru is shown to have displayed eight types of expression so far, each expression correctly understood by the monks. All these make the people call him the ‘talking Buddha’ and Tiger’s nest is the faith of Bhutan”.

I’d started my hike early, and the weather was perfect. It is a DIY trek, although many people were too surprised to find me alone without a group or a guide. I started with ease, enjoying the walk amidst the canopy of greenery which sometimes led to deep woods.

The trail is highly uneven and is steeper and narrower at some places, while it gets relatively easier on a few of them. A lot of people were climbing along with me, the reason for which I came to know later. Apart from the tourists, locals were heading for the Tiger’s nest for a prayer ceremony which would take place that day. It is held once in every two years and hence the locals, especially the youth had turned out in large numbers.

I would pause when the view got gorgeous or to take a deep breath. The clouds hovered magnificently over the valley, multiplying the beauty of the surreal valley ten folds.

I reached the midpoint or the ‘Cafe point’ after 1.5 hours. And hunger had set in by now. When I was trying hard to divert my mind from it (as I’d not carried anything to eat and the cafe had nothing which I preferred), a monk came to me and offered biscuits, tea, and apple. I felt immensely grateful and gulped in the tea, once again floored by the immensely hospitable and the kind people of Bhutan. 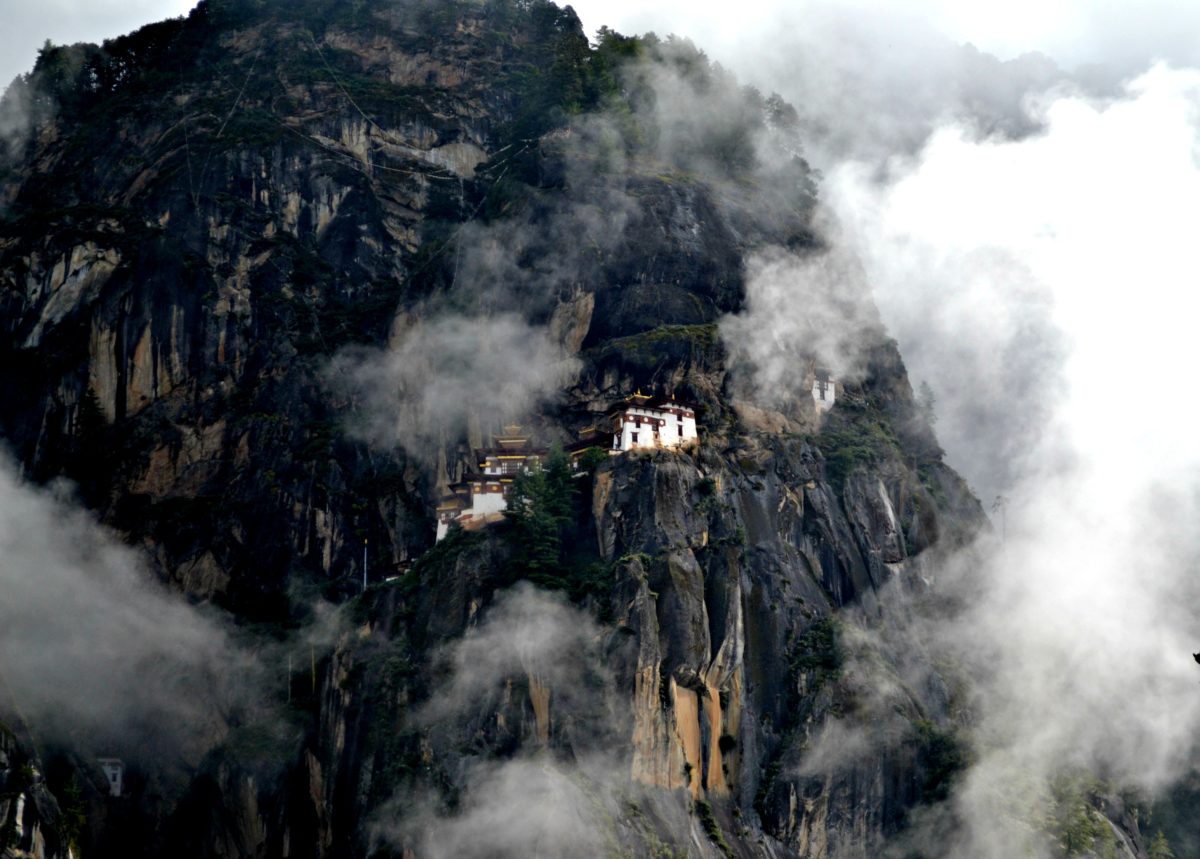 Well, the Taktsang Monastery or Tiger’s Nest has a temple which is believed where the flying tigress rested after reaching the top. There is an underground cave inside the temple, running several feet beneath and Guru Rinpoche meditated here for years and attained wisdom.

The walls of the cave resembled the structure of the Phoenix pyramid of Egypt, indicating the age of the caves, which I got to know dated to somewhere in the 16th century.

“Do you believe all these stories?” asked the old man, glancing at me, after the guide was done telling us the legend of the place. Totally unprepared for this question, I paused for a moment and said “Yes. And what about you?” He laughed and said ” A flying tigress! Ha ha, what nonsense! ” To which I smiled.

Each to their own, I thought. After all, I grew up in a country enriched in fictitious characters and countless legends. I’d had a high dosage of mythology since childhood, in the forms of the classic serials on T.V for the weekends (which were the most anticipated hours and the perfect way to begin a Sunday), in numerous comic books, textbooks in schools and enough stories from grandparents. So, I was naturally thrilled to hear the story and in fact believed in its probability of occurrence.

I stood inside the quiet room looking at the bright lamps. The guide asked me if I wanted to light one. I said yes and picked up one. My heart had become heavy, filled with sorrow. Memories of my mom’s smile flooded through my mind. I lit the lamp and stood there for long, looking at the flames. The guide had gone out by now.

Did it signify anything? I chose to snub any rational thinking for instance. Because it was one of those times when you do certain things without questioning or contemplating about it, because you feel the need to do it as your heart says so. And that’s what I did.

I’d known about this part of the story, though. Some of the Guru Rinpoche’s powerful teachings revolve around preparing the soul for death while we’re still alive as the belief is such that peaceful death is essential to sign off from this world to move forward.

So you get it. Needless to say, I was happy to make this trek after reaching the top as the Buddhism believer in me got to see the talking Buddha and the holy shrines of the Tiger’s nest. The traveler in me was elated by the pristine beauty of nature and the mesmerizing landscapes.

I smiled and descended after spending time at the top till I was content enough. And I knew it was going to be a journey which would remain close to my heart for a very long time.

Where is it? – Paro, Bhutan

Difficulty – Easy to slightly moderate (if you’ve never trekked before)

Duration  – Half day. It’s better to keep an entire day unless you’re short on time. Because this is a breathtaking place which deserves some time to be spent, with the whole trek route being picturesque. It would take anywhere between 4 to 6.5 hrs depending on your speed, fitness and priorities.

Most people climb until the cafe, which is almost the midway from where you get to see the Tiger’s nest close enough to shoot. There are horses which can be lent to reach to this point. But for the fit people, I recommend you reach the top. It’s worth all your effort!

How to reach – Take a shared taxi/ private cab which is available in plenty at the taxi stand of Paro. They’ll drop you till the starting point of the trek. You could get back into the same if the driver is willing to wait (most of them do).

Planning your trip to Bhutan? You may want read – How to reach Bhutan from India and the permit procedure

My other stories of Bhutan are here –

Gangtey: My Stay With a Local Family in the Phobjika Valley 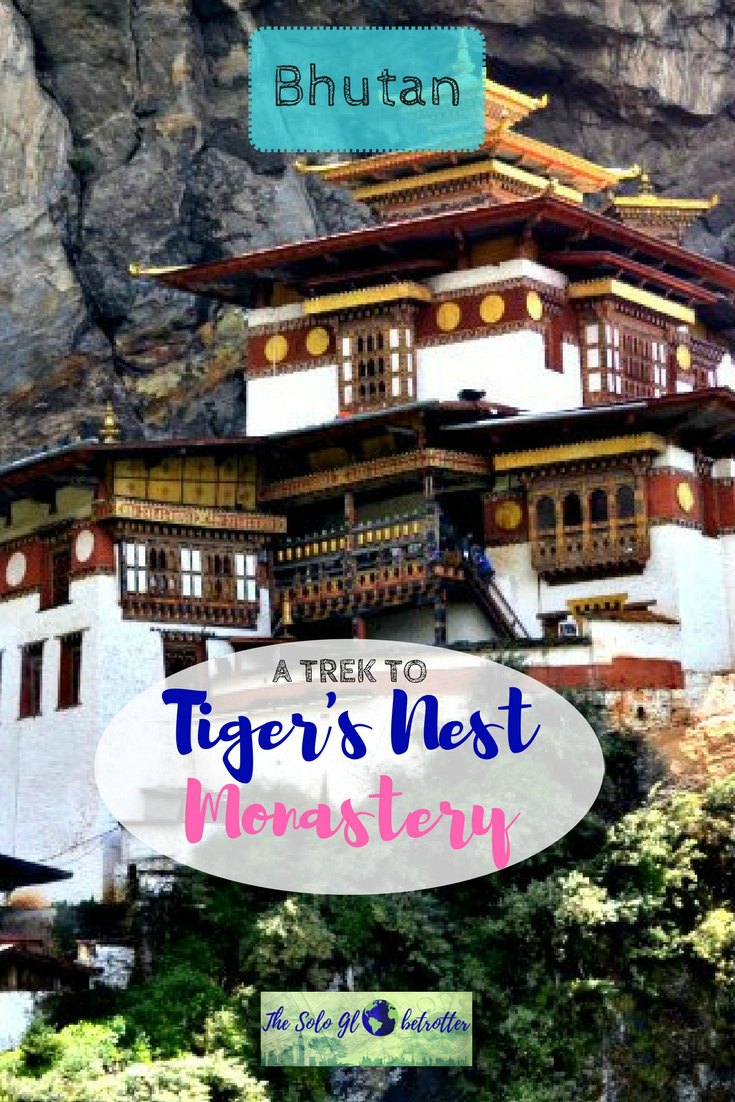 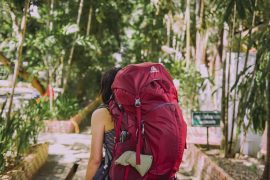 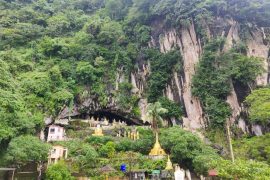 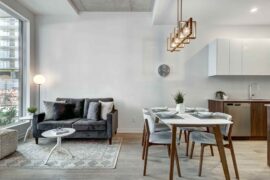