The Hanging Coffins of Sagada – A Gateway to Heaven

These words from the Indian mythological epic Bhagavadgita echoed in my head as I cast my eyes on the coffins that hung from the tip of the Cliff.

I was lost in thoughts. So many religions in the world, rituals and weird practices, so many ways to worship, believe and admire the supernatural power –  And, all lead to the same truth. Fascinating, isn’t it? 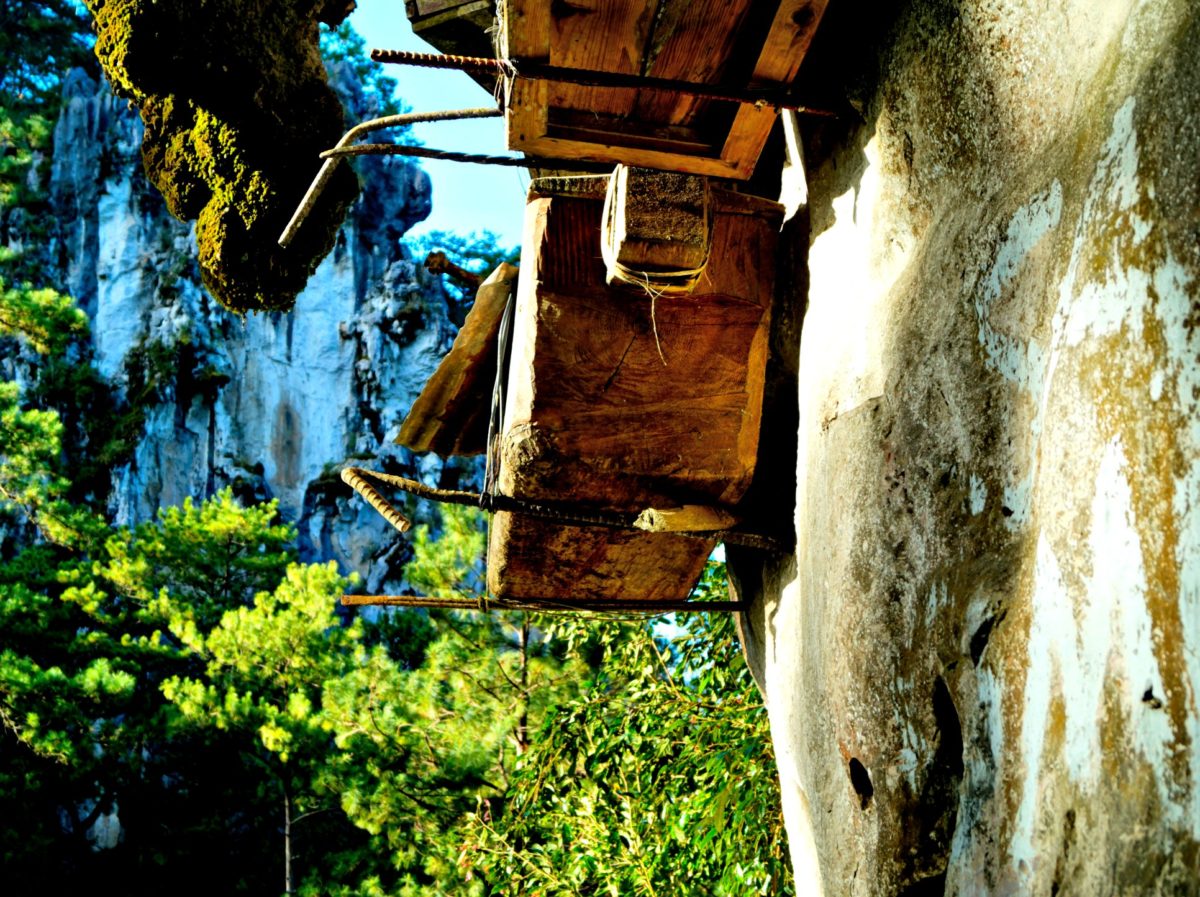 The mountain province is so much different than the part of the Philippines that boasts of the best beaches and islands in the world. It’s another world altogether, rich with forests, lakes, local communities, and the best of all – heritage and culture, which are the best-kept secrets. 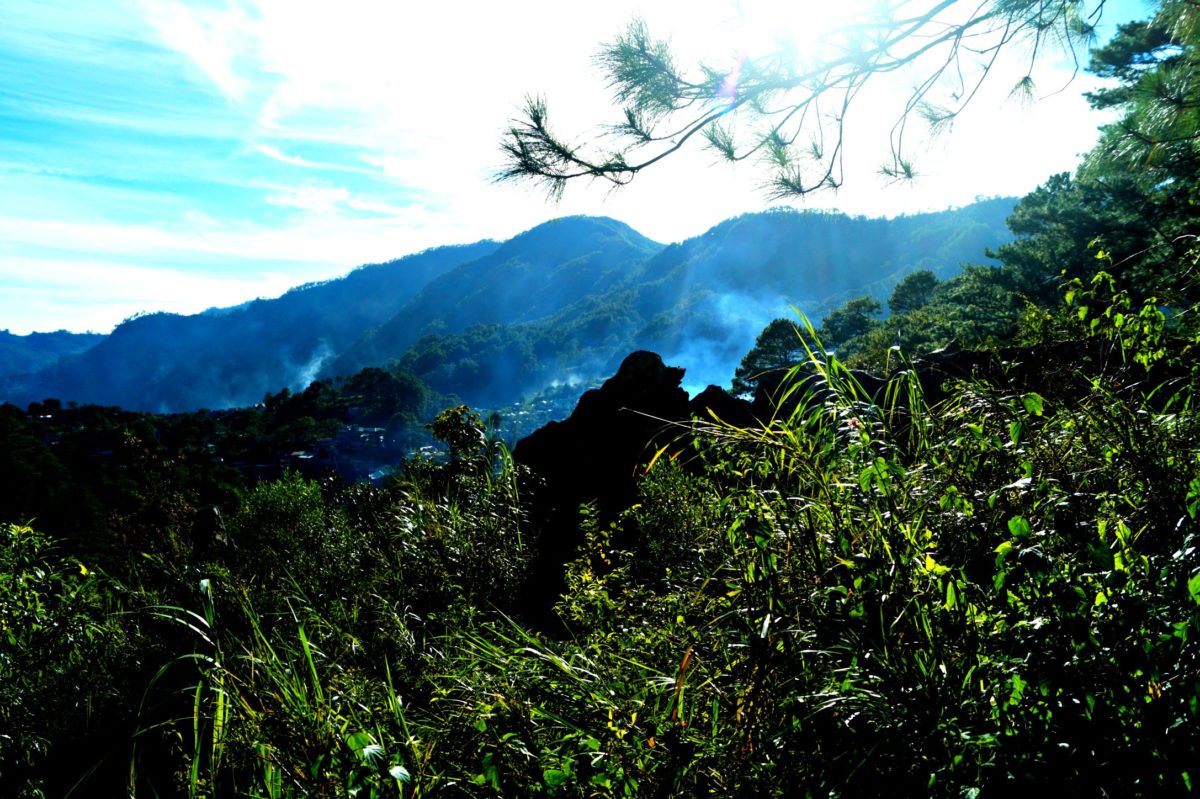 I had started my journey from Manila. After a day of hiking in Cordilleras, the UNESCO heritage site consisting of the rice terraces, I went to Sagada mountain province in the north. I had signed up for an eco walking tour on my first day. I joined some Filipinos and Jordan, our guide, in the afternoon. Walking past St. Mary’s church, a cobbled lane led to the town’s cemetery. The cemetery, more than a hundred years old, has an area where the martyrs of the world war have been laid to rest. 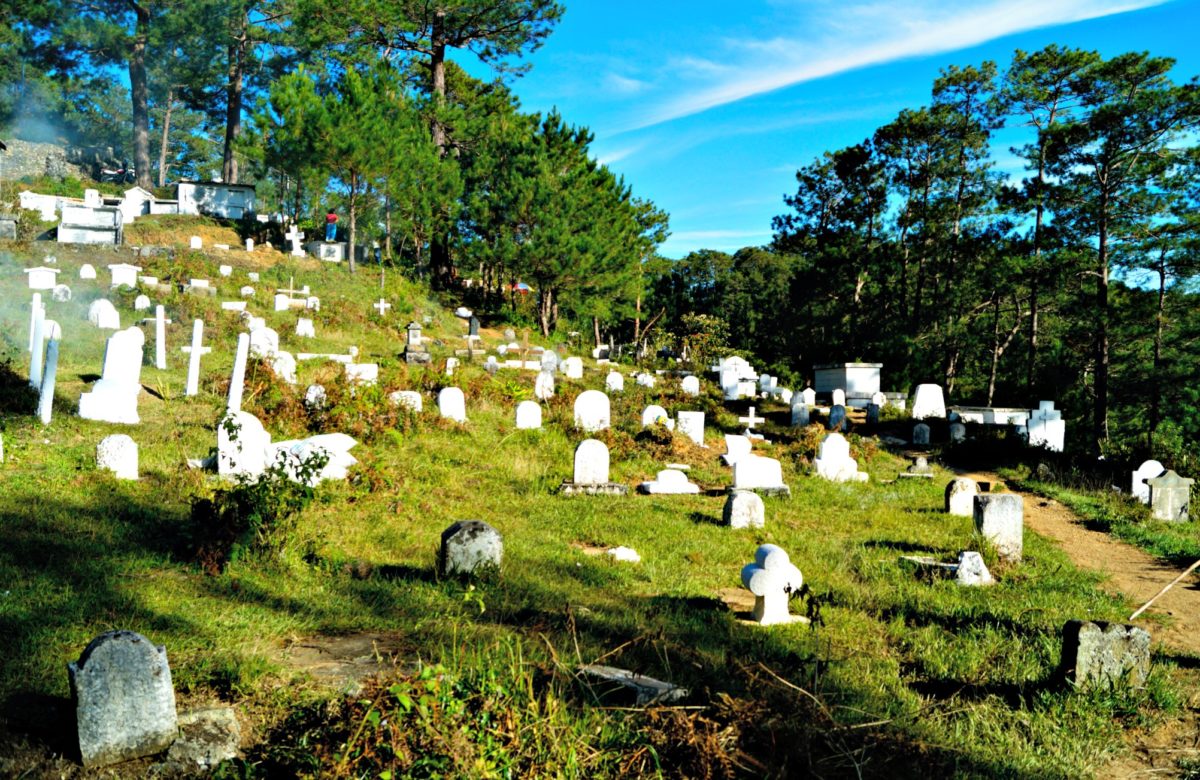 We had passed through the picturesque echo valley and climbing a steep hill led to the UNESCO heritage site – the hanging coffins, which perched from the mountain, just below the top of the cliff.

“We believe in the spirit of nature or what we call ‘Anito,” said Jordan, the guide, speaking about their beliefs.

“Before the Spaniards set foot in our country, there was no Christianity in here. We worshipped nature, its powerful forces, the spirits, and our deceased ancestors for our good being. We believe that we can communicate with our dear ones that have passed away. We keep the objects that belong to them, as we think their spirits dwell in them and we find comfort in that. We ask them questions about our life and take guidance. We revere the departed the souls.”

He continued, “Some of us still continue to practice the rituals, although a majority of the people in the Philippines are Roman Catholics.” 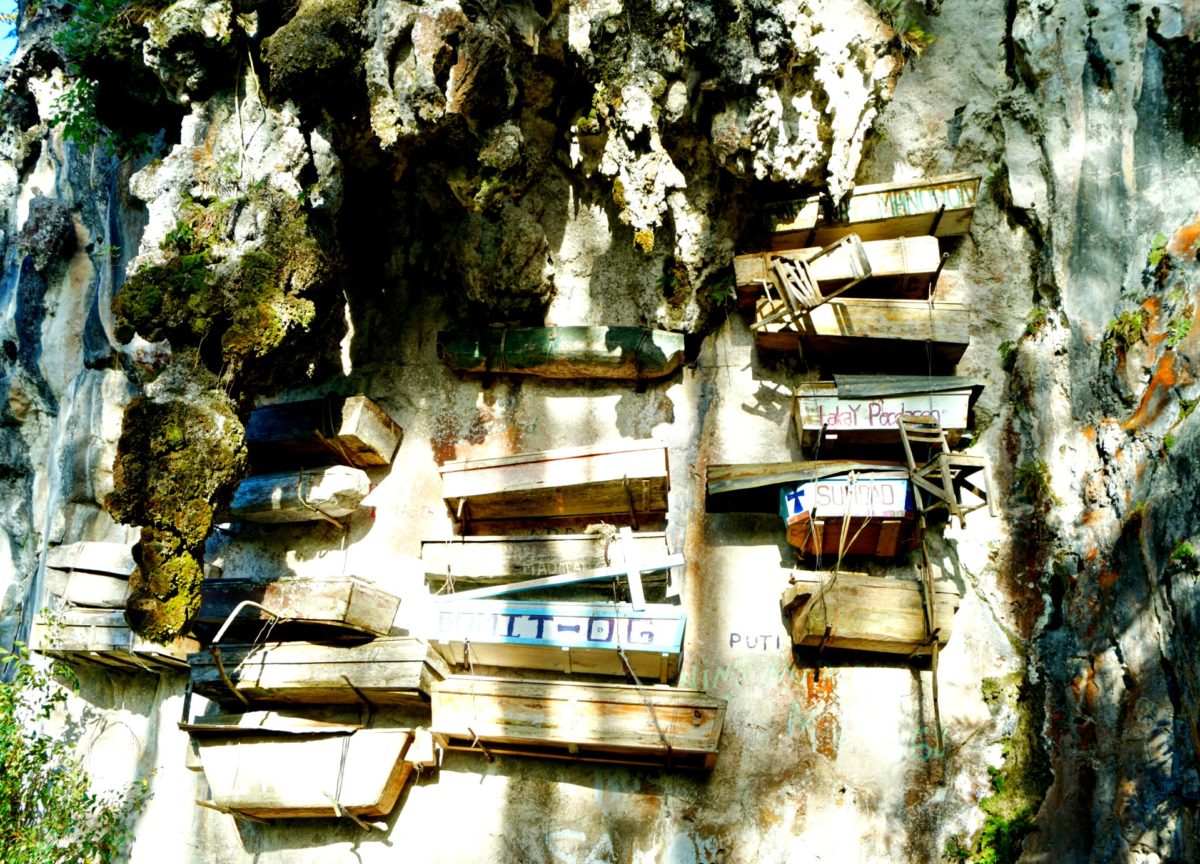 “People inform their family members about where they wish to be buried,” he said, looking at the rows of the hanging coffins that were in front of us now. After passing through the picturesque echo valley, we had come to the cliffs that held these coffins dating back to hundreds of years.

An eerie silence filled the place where the coffins hung. “People still prefer this location to rest forever”, he exclaimed, pointing to a coffin in the last row, stating that it was placed in 2010, being the latest one.

“But why choose mountain tops?” I asked, my inquisitive side wanting to know more.

“We want to make sure that the departed soul is as much close possible to nature so that it transcends to the other world smoothly and  peacefully. The mountains stand tall, close to the elements that form the important part of nature – the sky, the air, the sunlight and the  forests. Also, higher the place, closer is to the heavens,” said Jordan, adding that there are many coffins hidden amongst the cliff tops in  that valley.

And yes, I saw another coffin resting in between huge stones in the mountain, close to the cliff top, as we moved ahead following a swampy path. 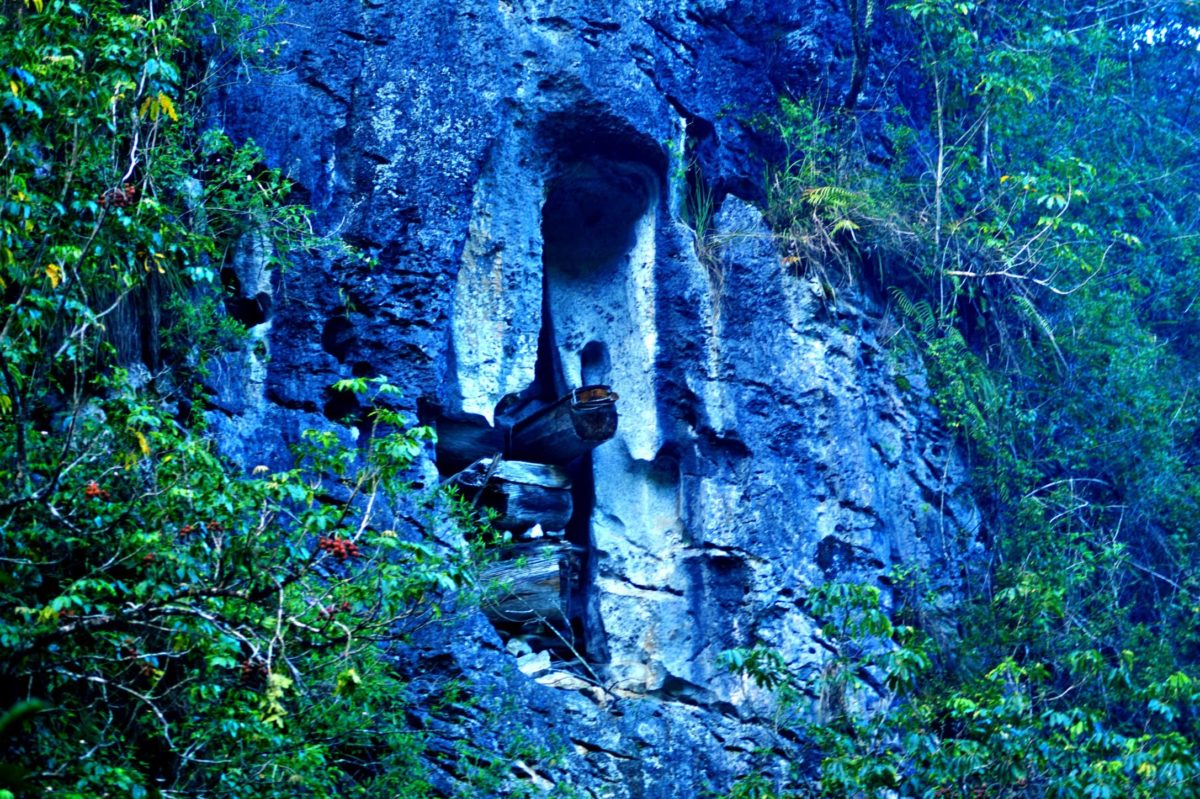 It reminded me of the festival that is celebrated during this month here, as told by my blogger friend Aleah, who hails from the Philippines.

Called as the ‘Begnas festival”, it is celebrated for two days every year, usually in the month of October or during the first week of November. People cook special dishes at home, wear the traditional attire and conduct a procession to the cemetery. Later, they offer these to fire in the cemetery by the coffins and the night, the whole of the graveyard is lit up with this fire. People recite chants and pray for their departed beloved ones, and wish for their better afterlife. 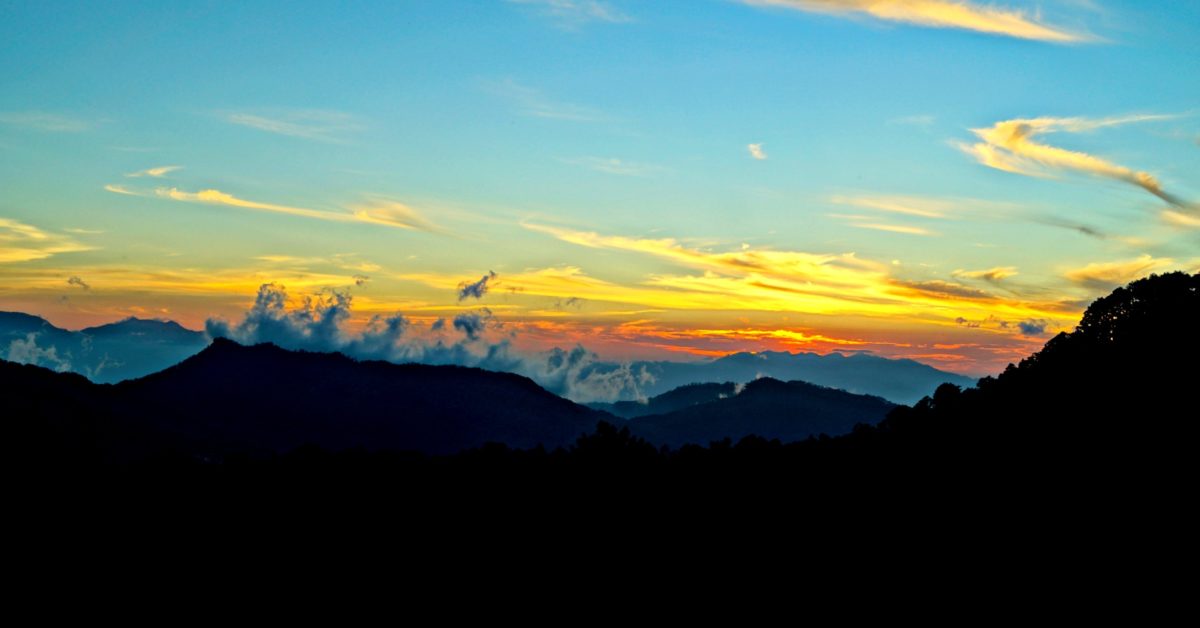 I was just two days away from witnessing this. I was running short of time and had to, unfortunately, skip this, although I wanted to see this badly. Read about this festival in detail on Aleah’s blog for planning your trip around this festival.

I fell trying to climb a damp stretch of lane uphill, hurt my right elbow and knee, and of course got myself covered with the swamp. I continued with the same dirty pants, and my mind was still preoccupied with the stories of coffins and death.

We passed through an underground river and a cave before heading out of the valley. The sun had begun to set, and a cold breeze gently swept over us. We stopped by a viewpoint, climbed a small hill to watch the sunset. The mountains looked serene with the clouds above them radiant. The dusk displayed different hues in the sky. I walked to my room after biding my goodbye. 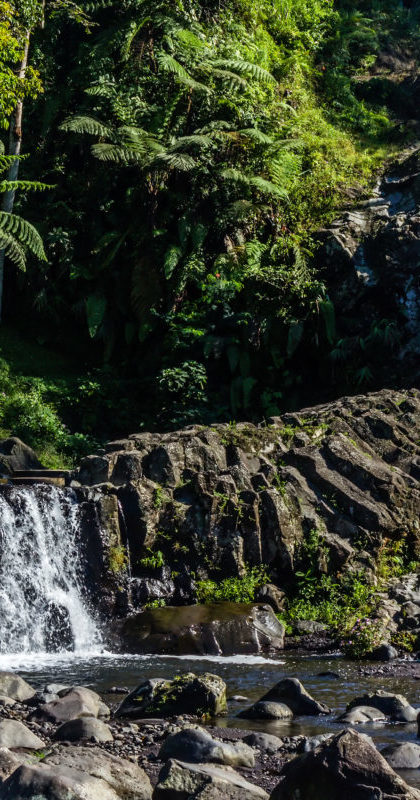 Exploring The Quaint Town Of Purwokerto 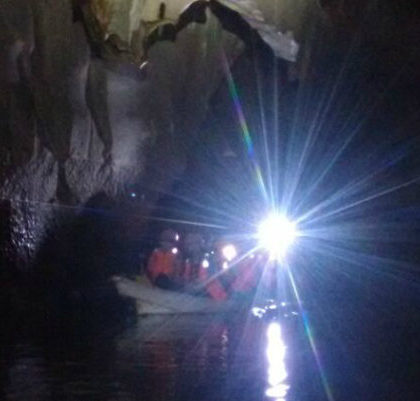 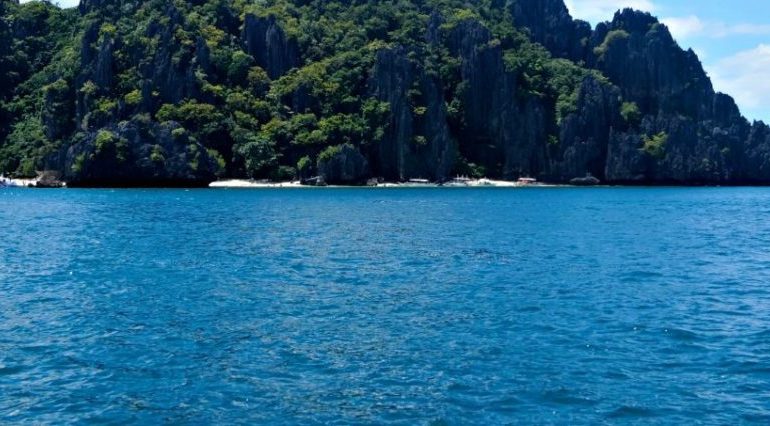 Explore the Philippines – How To Plan Your Trip To Palawan? 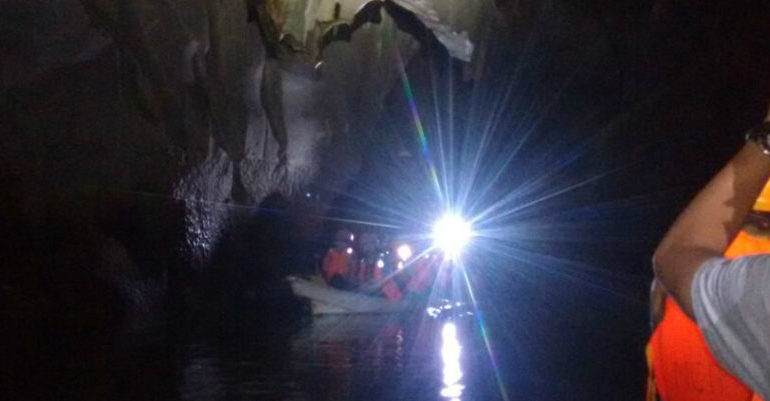