The middle east is one of the most underrated regions in the world. The most beautiful cities in the middle east are often overlooked, and thanks to the media, most people are unaware of the rich architecture, mystic culture, the world’s most ancient historic cities, and towns, or the delicious cuisines that this region has given.

In this post, you will enjoy a peek into some of the most beautiful middle east cities that are perfect for offbeat travel – whether you are traveling with family, friends, or alone.

The middle east comprises 14 countries – Bahrain, Egypt, Iran, Iraq, Israel, Jordan, Kuwait, Lebanon, Oman, Palestine, Qatar, Saudi Arabia, Syria, United Arab Emirates and Yemen. Each of this country is diverse and distinct in every aspect – and of course, are home to the most beautiful cities in the world.

Some of these countries are home to the best airlines in the world, which means you will quickly get many flight deals round the year – So it’s not expensive to travel to the middle east if you plan ahead of time.

MOST BEAUTIFUL CITIES IN THE MIDDLE EAST

Jerusalem is undoubtedly one of the most beautiful cities in the middle east. The city is the centre of religion and history and is an important destination for three predominant religions – Jews, Christians and the Muslims. It is the melting pot of culture and history, and both the modern city with stunning skylines and the old quarter immersed in rich history coexist beautifully.

You have plenty of historical and architectural sites in Jerusalem to check out. As such, you can spend two to three days easily here exploring the Western Wall, Dome of the Rock, Temple Mount, Church of the Holy Sepulchre and more.

The city also is home to some of the best nightlife and delicious cuisines that you will end up loving for sure.

If you are a fan of history or architecture like me, you will fall head over heels with this city. The city dates back to 3000 BC, and most of the town was built out of rocks and the surrounding mountains.

The 3rd-century monastery Ad-Deir is one of the iconic landmarks of the city, along with other sites like the Treasury and Bab-Al-Siq. You can also plan many short hiking trips when you are here, as the outskirts of Petra is blessed with many mountains that can be accessed via trails.

Jerash, another famous city in Jordan, is one of the beautiful cities in the middle east that you should add on your bucket list. It was one of the Roman cities inhabited since the Bronze age and is known for the old quarter ruins that depict the ruins of Roman architecture. Outside Italy, Jerash is one of the few cities home to Roman ruins in the world.

Comprising hills, green fields and valleys, Jerash is also blessed with abundant natural beauty, which was what attracted Romans too. Don’t miss checking out the iconic 2nd-century Hadrian’s Arch, the Corinthian columns of the Temple of Artemis and the magnificent Forum’s oval colonnade.

Dubai is the jewel of the middle east, and one of the most renowned cities in the world. This beautiful city of UAE is what comes to most people’s mind when they think of the middle east which is no surprise – thanks to the extravagant, out-of-the-world architectural wonders, excellent restaurants, exotic shopping malls, delectable international cuisines and plenty of attractions for everyone.

If you enjoy visiting lavish cities or admiring the stunning skylines of the cities, you will love Dubai. The city is well connected to many cities around the world, thanks to Emirates, which is headquartered here. So you can easily book Emirates airlines tickets whether you are traveling from Asia or any European city.

Another city among the most beautiful middle-eastern cities is Abu Dhabi in the United Arab Emirates. It is one of the most visited cities in the Middle east and is known for its epic shopping malls, boutique restaurants and bars, exquisite theme parks, large markets and excellent cuisines.

Similar to Dubai, you can enjoy all the comforts and good things when you are in Abu Dhabi. It is one of the preferred destinations if you want to pamper yourself with a luxurious vacation.

Syria may not be the choice for many travelers owing to the political situations, but when the time is right, it is one of the countries in the middle east that should be visited. Especially because it is home to one of the most ancient cities in the world, Damascus.

Established in the second century, Damascus, one of the most beautiful cities in middle east, is also among the oldest capital cities that the world has known, which was the centre of administration and power of the Umayyad Caliphate, one of the richest kingdoms that flourished as far as Spain in Europe.

Don’t miss the magnificent Umayyad mosque, which was a Roman temple and a church before it became a mosque.

The middle east destinations are not the ideal places for parties or nightlife, with an exception to it being the city of Manama in Bahrain. Manama is a small capital city located in the Persian Gulf in the little country of Bahrain, and the whole country is the known party destination for middle eastern countries.

Just across a bridge from neighbouring Saudi Arabia means a large influx of these neighbours who travel on the weekends and holidays for parties, drugs, prostitution and bars. Because of its relaxed cultural norms, the city attracts many foreign travelers and also, it is one of the few cities where the LGBT community is welcome.

Unlike its counterparts, Beirut is culturally very diverse and is home to many western expats and people from neighbouring countries too. Beirut is one of the cheap middle eastern countries that you can enjoy even if you are travelling on a budget.

From history to architecture to glamourous clubs and bars, there are plenty of things that you can enjoy in Beirut. The most popular attractions and neighbourhoods that you can visit are Bourj Hammoud, Hamra and others.

MOST BEAUTIFUL CITIES IN THE MIDDLE EAST -OFFBEAT

Another city that’s worth adding to your bucket list in Lebanon is Byblos, one of the most beautiful cities in the middle east. It is the largest city in the Mount Lebanon Governorate of Lebanon. The city is a UNESCO World Heritage Site and is one of the oldest continuously inhabited cities in the world that has been inhabited since 7000 BC.

It is home to a citadel, monastery and other historic ruins that date from the Roman times to the caliphates and beyond. It is not just history that makes Byblos worth visiting, but also the tasty cuisine, bars and restaurants that have a pleasant nightlife for tourists.

Although most of the middle east is known for its arid, dry weather lacking greenery, an exception to this is in Oman. Salalah, one of the most beautiful cities in the middle east is home to lovely meadows and hills carpeted with greenery – because of the unusual monsoon season this region of Dhofar experiences.

The best time to experience this natural beauty is to travel here during this season, although Salalah can be visited throughout the year. This pleasant weather makes it one of the best getaways for middle eastern people that flock to this city to escape the scorching weather. There are also a few awesome beaches that you can enjoy if you are here during the summer.

So that’s about it for the most beautiful cities in the middle east that you can visit. There are plenty that I have to add, but this list is great if you are traveling or planning to go to the middle east but hesitant to explore the Arab countries.

Have you been to any of these cities? Which one is your favourite? Do let us know in the comments.

SAVE MOST BEAUTIFUL CITIES IN THE MIDDLE EAST TO READ LATER 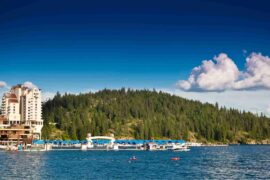 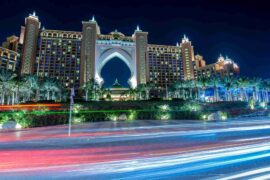 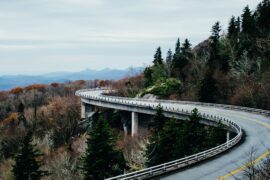 300 Quotes About Road Trip & Adventures With Your Loved Ones