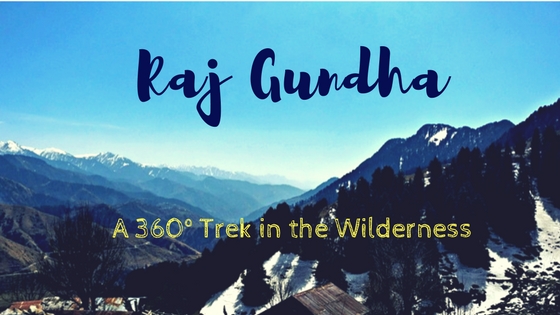 Escape Trails Rajgundha Trek- A 360° Hike In the Wilderness

It was the 3rd week of March and the chilly winter had begun to get easy in the Kangra valley. A week into Himachal, I was besotted by this Dev Bhoomi, or the Land of Gods. I was in love with the landscapes, chirping wild birds and the majestic Himalayan Mountains, which were my giant neighbours at Zostel Bir. On a weekend, I headed off to try Escape trails Rajgundha Trek – an exclusive hike curated by Zostel Bir for the adventure enthusiasts and nature lovers.

I joined two other Zostelers Shivangi and Amit after hurriedly stuffing the required winter layers to my bag.

‘It’s going to be an easy day today, but we should still hurry up’ said Chandra Mohan aka CM, our guide and mountain expert.

I knew what he meant – The weather in the Kangra valley, especially Bir and around is totally unpredictable. Nothing that ruins the fun more than a bad weather!

It was close to 4 PM when we set out in a cab to our first stop Barot, located about 65km from Chaugan. The cool air refreshed me as I soaked in the views of the mountains, the terraced rice fields and Deodar trees. We got past the lush green valley that seemed to stretch until my eyes could see. Swiftly negotiating through the stark curves, our driver moved, totally enjoying Himachali folk songs. 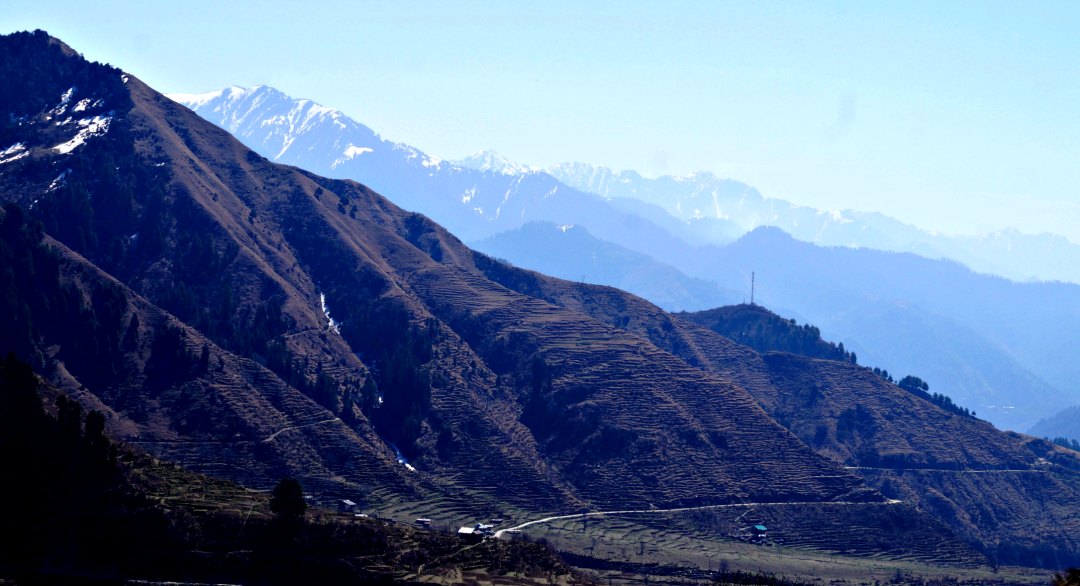 Barot – A Quaint Hamlet, The First Stop During Rajgundha Trek

We reached Barot in some time, a small village on the banks of Uhl River surrounded by the lush Dhauladhar mountain range. The Uhl River originates from a lake formed by the Thamas glacier and Barot is home to great wildlife and vibrant fauna. Located in Mandi, the dam was built as a part of Shanan Hydel Project.

I was thrilled to see India’s first Hydroelectric Power Dam. Built in 1932, the dam even today is a commendable engineering feat in the Himalayan region, given the difficulty in accessing due to the complex terrain and limited logistics. It was a major source of power and water to the regions of Punjab and Delhi, which wasn’t partitioned back then.

The dam surrounded by the mountains looked awesome, with the sound of the water echoing through the valley. I was slightly disappointed when I got to know that photography was prohibited.

After taking a stroll and sipping hot Kangdi Chai, we headed ahead. The weather got cooler and the views better as we passed through the road sandwiched between oak, pine and deodar trees. 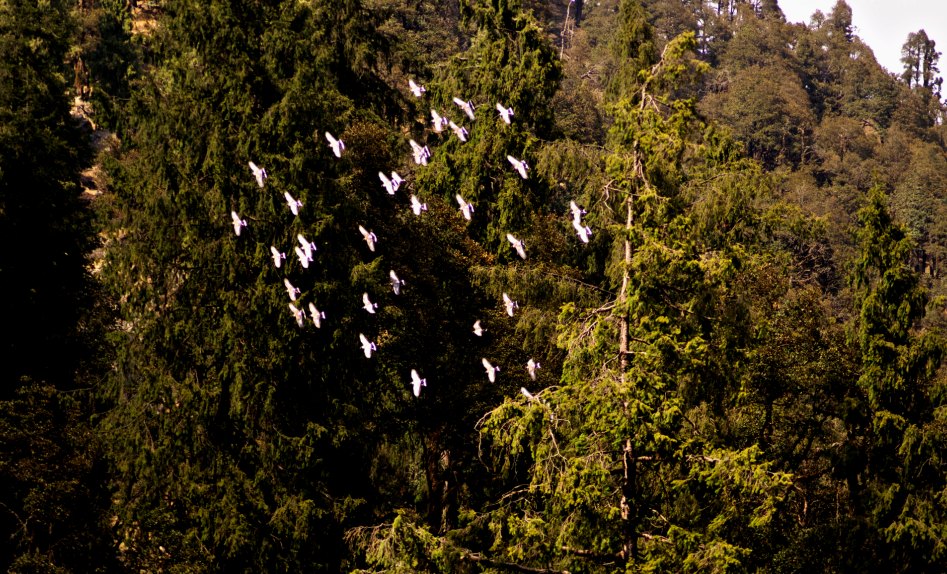 A Train That Goes Up!

‘Can you see the railway track in the mountains up there?’, asked CM, pointing to a hill carpeted with terrace fields. We quickly strained our necks outside and tried locating the railway track.

‘No, I can’t see any track,’ I said, unable to locate any human activity in those hills.

‘Look close, it’s not on the ground, the track is perched on the mountain,’ he said.

What? An Inclined railway track?

Now I saw a thin brown stretch of elevated land that seemed to move upward. From the road, it looked like a waterfall that has dried in summer, when only the pebbles remain as the water dries up.

I was amused to see a track that went upwards! Not just that, train operates even to this day. Imagine a train going vertical in the forests, thrilling, right?

‘This railway track was built to supply construction materials to build the dam that we just saw at Barot,’ CM said.

Built in 1925, this narrow gauge railway track was laid from Pathankot to Joginder Nagar to carry the heavy machinery transported from Britain for Shanan powerhouse. It is used to ply a few goods train today. 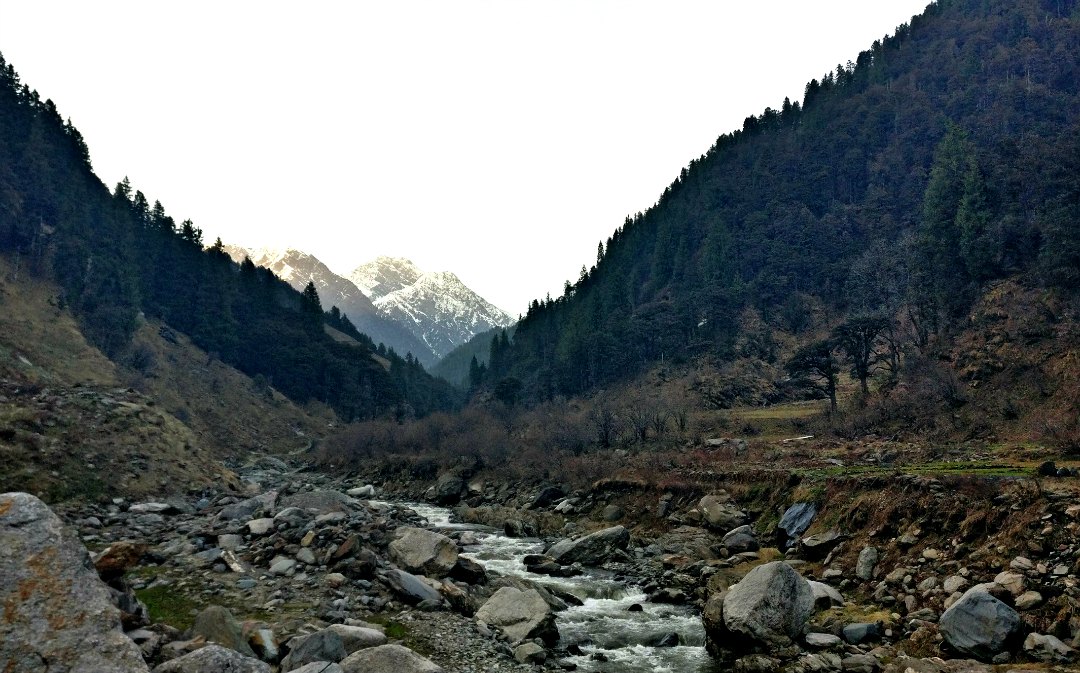 Around 5:30 PM we reached Baragaon, a sleepy village nestled at the foot of mountains blanketed by greenery beside a valley that runs far into the horizon.

It’s amazing how the weather switches when you are in the mountains, in the blink of an eye. All of a sudden, I felt the cold air welcoming me as we got down and prepped to begin the trek. 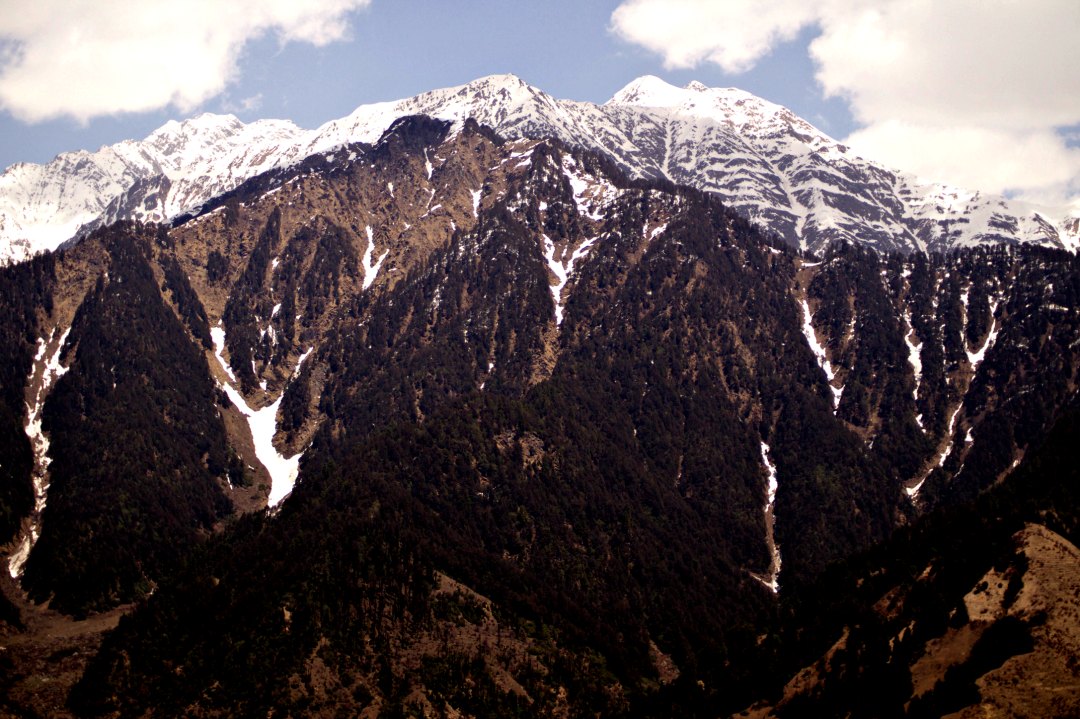 ‘It’s just going to be 6km,’ said CM beaming a smile and trying his best not to intimidate us with the distance or the terrain. But all the three of us were more than looking forward to some physical activity after having enjoyed a cozy car ride.

‘Where is the snow?’, Shivangi asked, who had grown restless. We had successfully hiked for almost an hour and also reached the upper regions, also crossing a wonderful bridge that stood above the gorgeous river running through the valley. 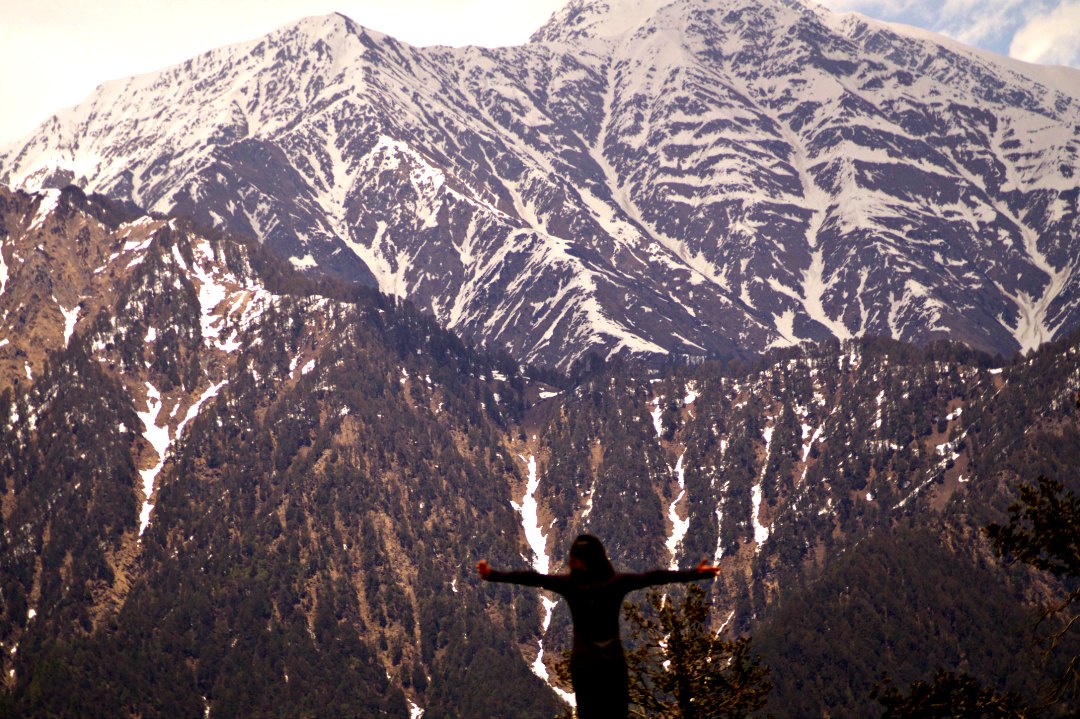 ‘You’ll spot the snow in half an hour,’ said CM unable to hide his laughter at the pleading expressions of Shivangi.

His words calmed me, as I had grown restless as well. Having grown up in plains, I have a thing for all things snow & mountains. Even if a snow-capped mountain is thousands of miles away, I would love to run to just look at them, like a kid running after a candy!

We made it to Raj Gundha just as the sun was calling it a day, setting behind the gorgeous snow-capped mountains. Just as CM had mentioned, we were able to get a glimpse of the trail sprinkled with snow. Not just that, it was a landscape dotted with powdery snow. The mountains topped with sheets of snow towered over the valley that stretched for miles. The clouds above these peaks tried to kiss adieu for the day with their colours changing by vibrant rays of the setting sun. 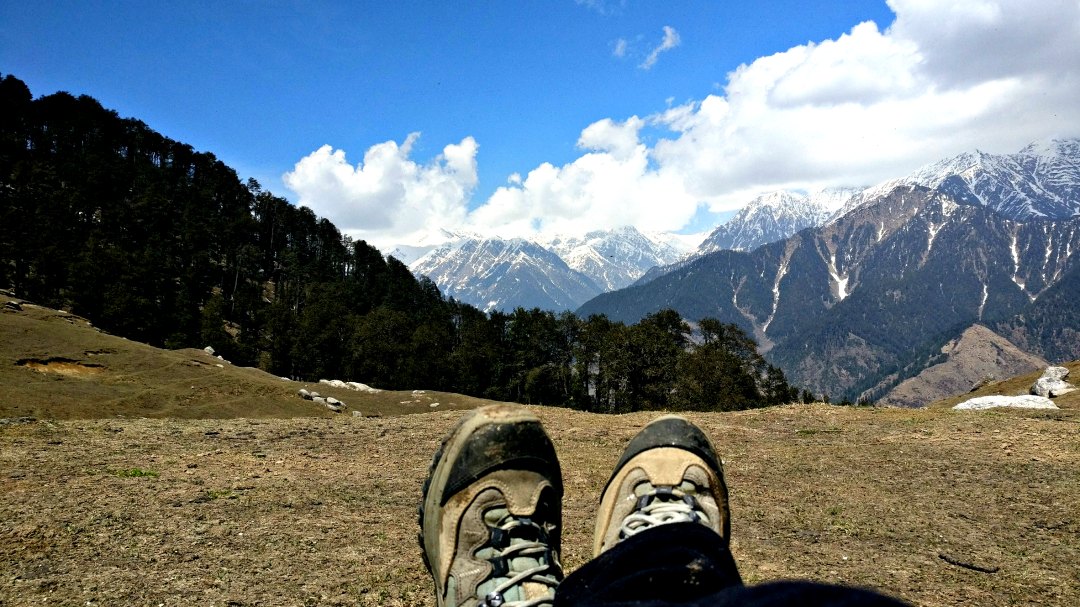 The serene valley witnessed the riot of colours in the sky. The backdrop changed like a slideshow – from a bright yellow that turned pinkish, then becoming red and slightly purple, before turning grey and blending perfectly with the night sky. 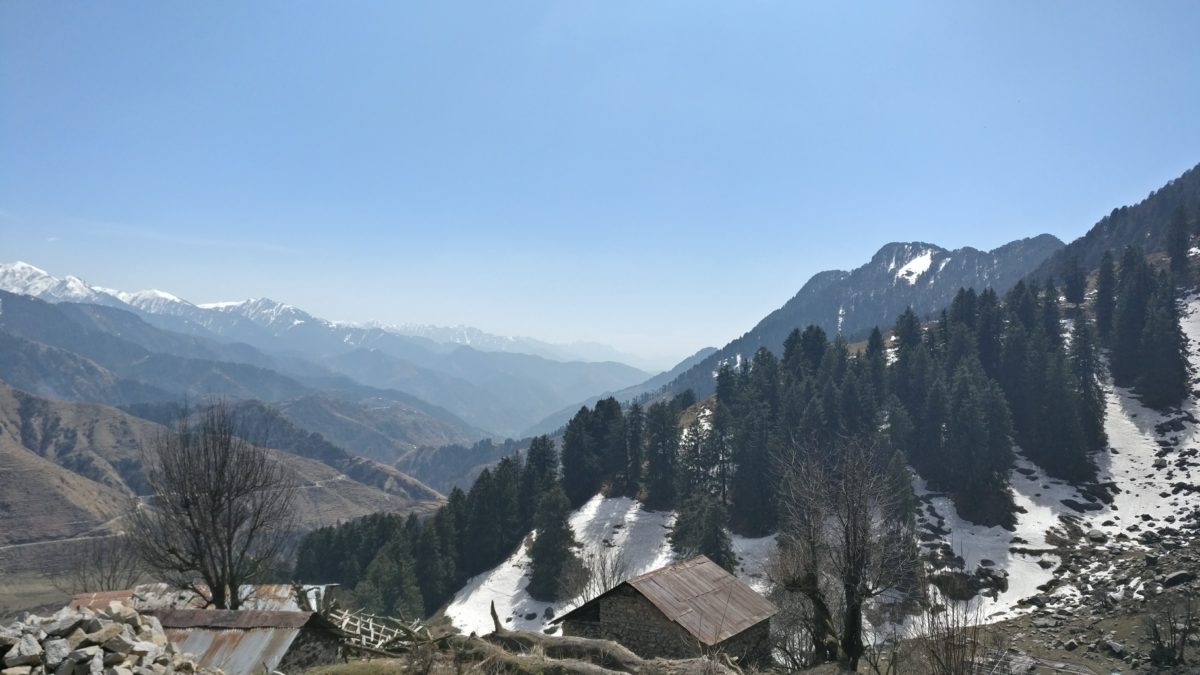 I watched this dance of colours from our abode for the night, a Zostel with all comforts in the lap of nature.

Imagine a perfect mix of comfort that reminds you of the civilised world albeit all the chaos and confusion of the cities. Replace that with a wilderness which includes the best views you can think of – valley, water streams, mountains and more mountains, a landscape dominated by the noise of nature and not humans. This is how you feel at Zostel in the secluded village of Raj Gundha. 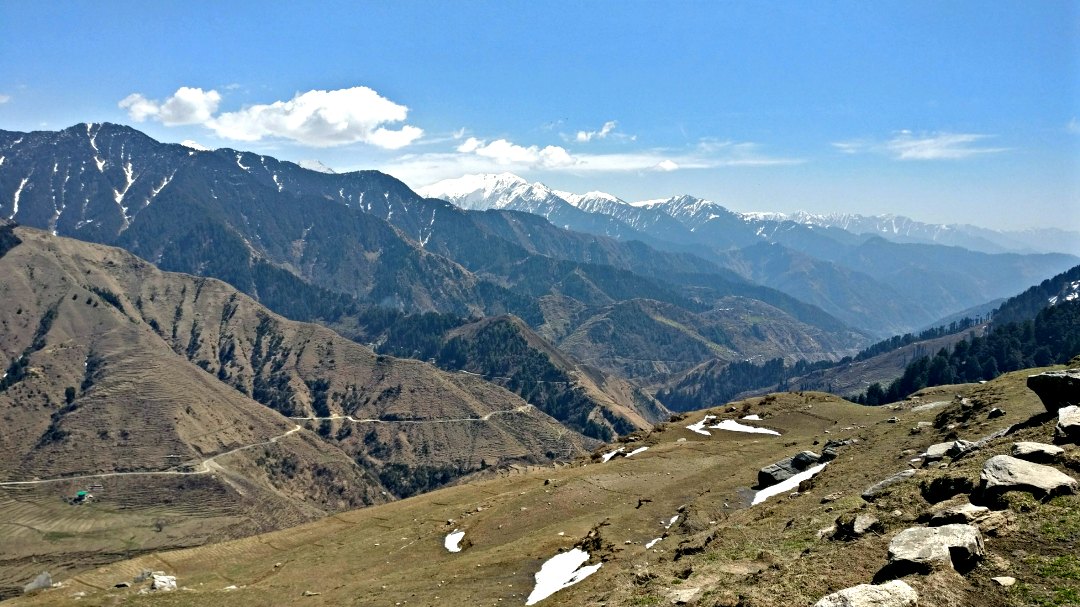 We were offered Maggi and Chai as soon as we arrived at Zostel – the best things to cherish after a hike! We sat by the bonfire as it got colder with the passing night.

A delicious and wholesome meal was followed soon. The night sky was embedded with as many stars as you can imagine.

We can never grow tired of looking at the gorgeous night sky, right? Except of course that we should remember to duck our heads down every now and then to escape the pain in the neck 🙂

We chatted until our eyelids cried for sleep and the bonfire got too hot. I had a peaceful sleep after a fulfilling day. 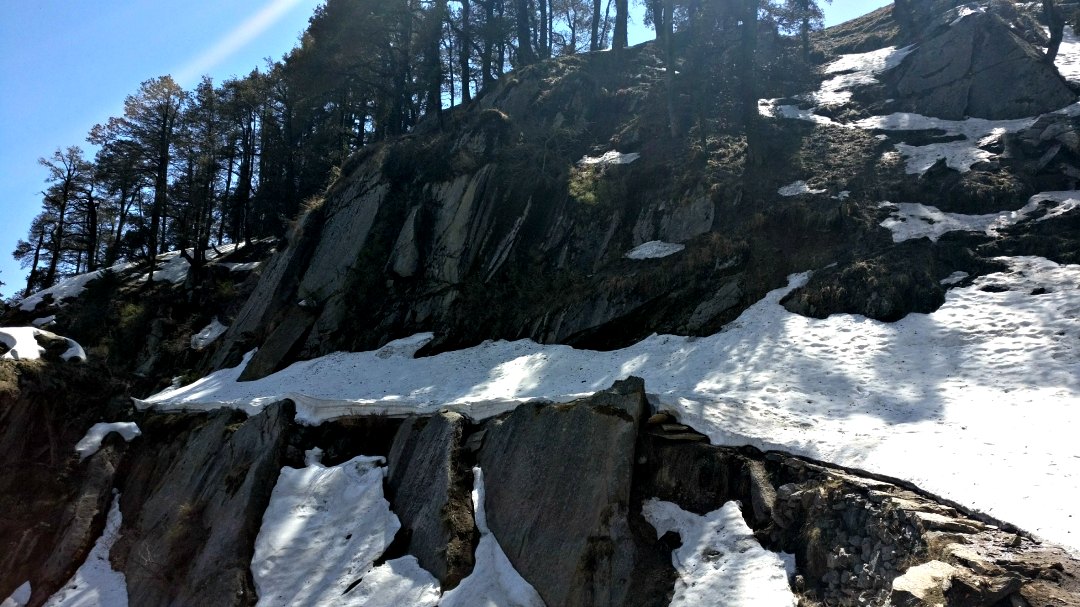 I woke up to some amazing views of the Thamas valley and went for a short walk in the quiet woods nearby. We all joined for a scrumptious breakfast that included hot paranthas and Masala Chai.

We began the trek to billing at 10:30 AM. The trail offered enough adventure. It was totally covered with hardened snow at some points, got dangerously narrow at a few turns – all the while being presented with splendid views. 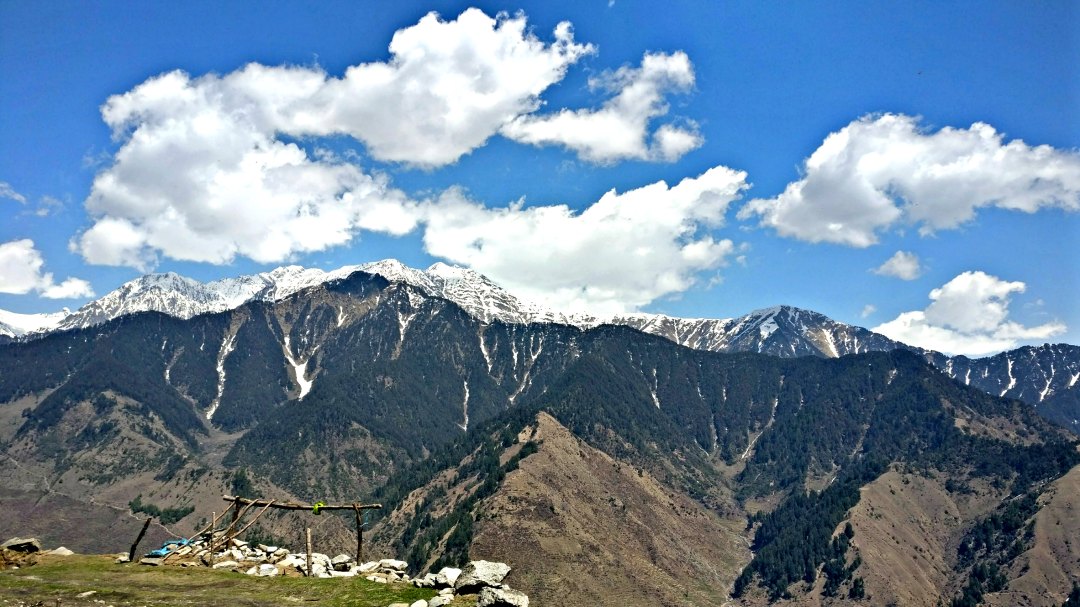 We chatted, played in the snow, throwing snowballs at each other until we got too close to the point of getting drenched. We rested for a while on a peak and absorbed a 360-degree view of the valley from the summit.It was a delight to the senses and the soul after we made it to Billing in the evening after trekking for 8km.

The trek ends at the take off points for paragliding, and you can paraglide your way to Bir or take the cab to come back. We came back to Zostel Bir by cab.

I kept reminiscing the star-filled night, bonfire and the stunning views as our car passed through the hills to Bir. 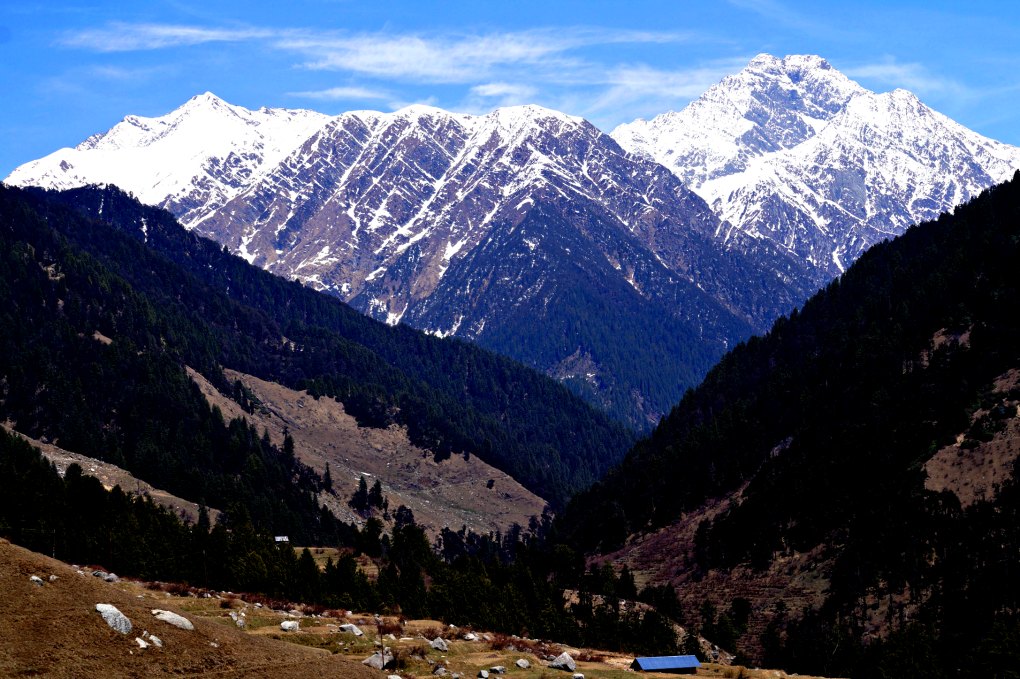 Escape Trails Rajgundha trek was truly an escape into the wilderness. It was especially the best experience for a solo

It was especially the best experience for a solo traveller like me, who got a chance to meet amazing people and enjoy the experience without having to be concerned about safety or doubts about escaping to the wild!

What to Carry to Rajgundha trek?

What’s the Best Time to do Rajgundha Trek?

Except when there are heavy rains and snowfall in the winter, the trek is open throughout. If you wish to experience the snow, Feb – March is the best time to go!

How To Do Rajgundha Trek?

It’s easy! You can directly book this trek with Zostel, on their website here.

Have you done this trek? Have you been to Himachal? Share your experiences with me in the comments below.

PS: Escape Trails Raj Gundha trek was done in collaboration with Zostel Bir. However, views expressed here are mine as always. 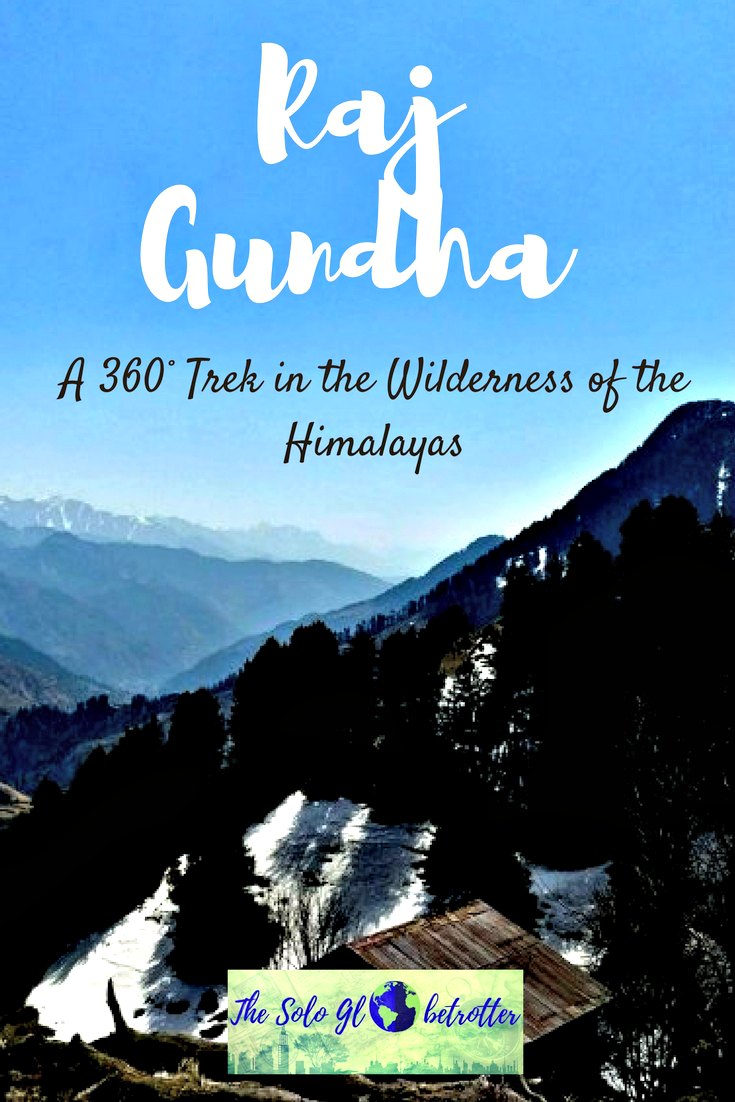 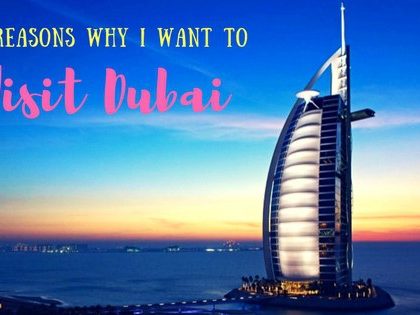 10 Reasons Why I Want to Visit Dubai 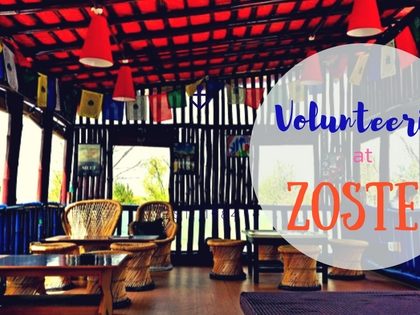 Volunteering At Zostel – To Awesome Experiences! 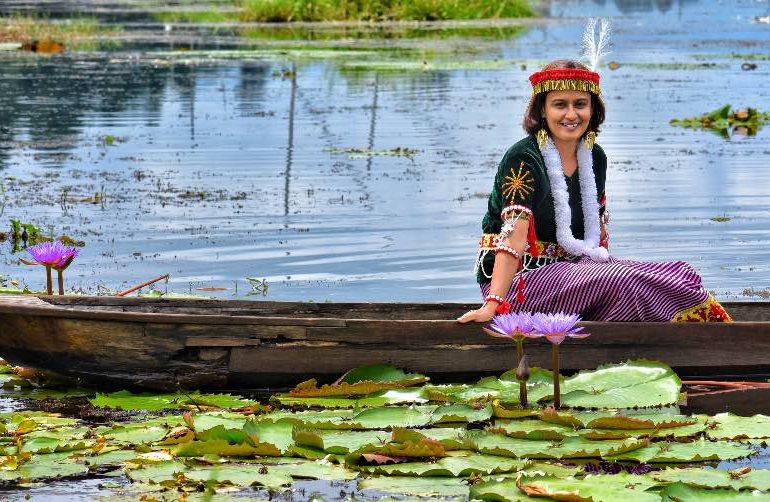 Loktak Lake Homestay, Manipur – Camping on A Homestay That Floats! 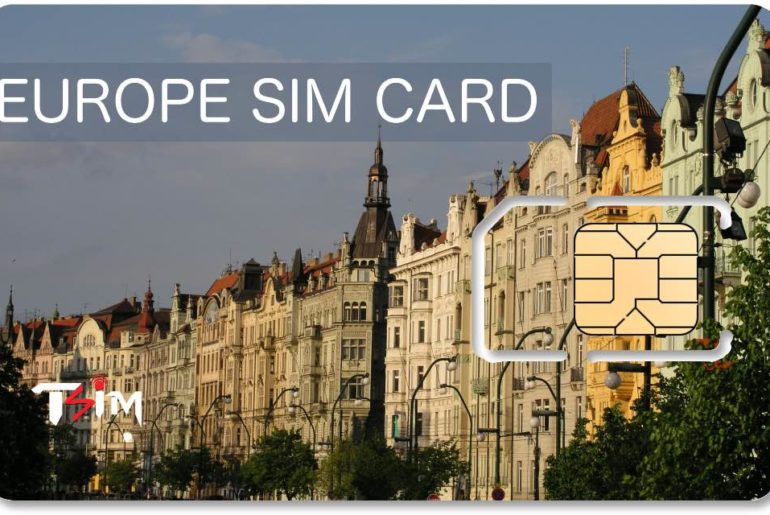 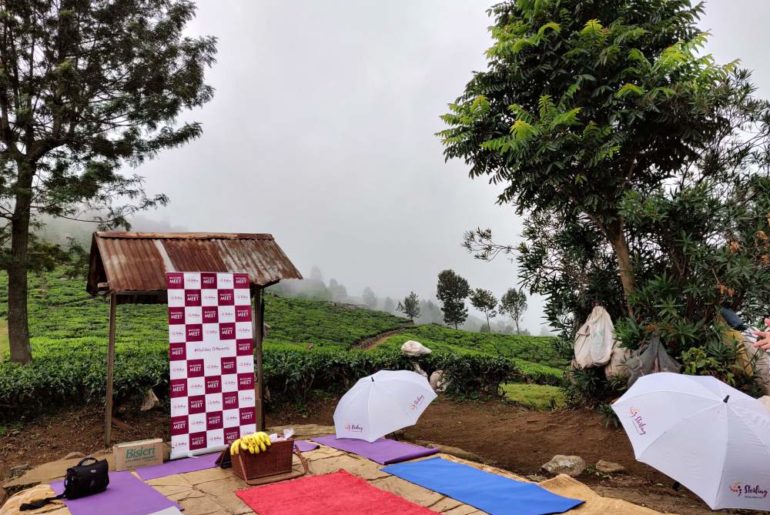